The information on this website is for general information purposes only. Nothing on this site should be taken as legal advice for any individual case or situation. This information is not intended to create, and receipt or viewing does not constitute, an attorney-client relationship. 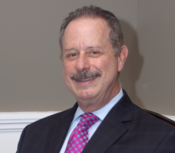 From 1998 through November 23, 2010, Mr. Schaffer served as a Court Attorney-Referee in the Supreme Court and Family Court of Nassau County. During that time he served primarily in the Matrimonial Part of the Supreme Court, where he heard and determined numerous matrimonial cases. Mr. Schaffer also served as Project Coordinator in establishing the Integrated Domestic Violence Court, the Sex Offender Court and the Mental Health Court in Nassau County.  He has lectured on matrimonial and family court matters for the New York State Judicial Institute at Pace University, the Appellate Division Second Department, New York State Bar Association, Nassau County Bar Association, the Nassau Academy of Law, the Family Law Inns of Court, the Association of Family and Conciliation Courts, St. Johns Law School, Hofstra Law School and Touro Law School. Mr. Schaffer has been a faculty member of the National Institute of Trial Advocacy (NITA) program at Hofstra Law School.