John P. DiMascio is the founding partner of the firm. After spending seven years in the United States Navy, Mr. DiMascio completed his undergraduate, graduate, and law school education while employed as a New York State Senior Court Officer.  He formed his own law firm in 1984 which evolved into his current partnership, DiMascio & Associates, LLP, with his son, John DiMascio, Jr.  The firm, which consists of eight attorneys, limits its practice to all phases of family law.

Mr. DiMascio is AV peer rated by Martindale-Hubbell and has been for over 25 years; is listed in the Registrar of Preeminent Lawyers; is a Fellow of the American Bar Foundation; is a Barrister of the Inns of Court; and is a member of the American and New York State Bar Associations.  He is a former chair of the Matrimonial Law Committee of the Nassau County Bar Association and Member of the Board of Directors of the Nassau County Bar Association. Mr. DiMascio is listed in “Who’s Who in America” and is the recipient of several awards and honors including the Albert Nelson Lifetime Achievement Award.  The Marquis Who's Who profile on Mr. DiMascio can be found at http://www.24-7pressrelease.com/press-release-service/454993

Mr. DiMascio also serves as a member of several community and public service organizations such as the North Shore Historical Museum, the North Shore Sheltering Program, and the City of Glen Cove Planning Board.  Mr. DiMascio has also been recognized for his pro bono service by the Nassau County Coalition Against Domestic Violence (now known as The Safe Center LI).

A zealous advocate and formidable trial attorney, Mr. DiMascio is recognized each year by Long Island Pulse Magazine as a "Top Legal Eagle" and was named the 2008 “Attorney of the Year” by the Nassau County Bar Association Matrimonial Law Committee.

The information on this website is for general information purposes only. Nothing on this site should be taken as legal advice for any individual case or situation. This information is not intended to create, and receipt or viewing does not constitute, an attorney-client relationship. 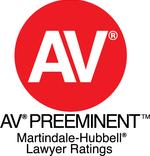 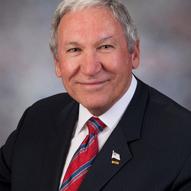